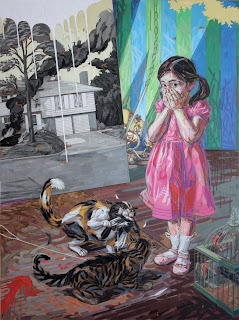 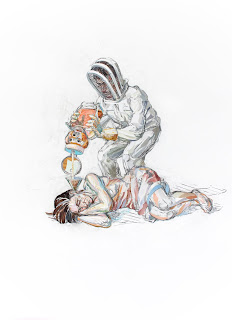 For my first solo show in the UK, Due Date, I am exploring my preconceived notions of parenthood and the opportunities for growth that come through that process. I am presenting a series of narratives that flirt the line between fact and fiction; they are moments of autobiography that have been extrapolated to become allegories. As an artist in the process of trying to become a parent and living in one of the most parent-centric sections of NYC, I am keenly aware of the mania that strikes at the heart of parents young and old. In these paintings I am addressing fears (loss of individuation as well as of the proverbial unknown), the strengthening of bonds in times of crisis, the issues of trying to become a parent later in life and the wisdom gained through the process of parenting.
The work is divided into two groups: a set of images on panels, and a set of images on paper. In the more fully realized works on panel, all the actions are taking place in staged environments. The elements surrounding the figures are merely cardboard props, strictly for the purpose of giving the action of the figures a point of reference. The action of the figures is the reality of the image, everything else is just window dressing. The paint drips and splashes act as abstract gestures clearing things away yet never managing to obscure the events occurring on the stage. In the works on paper, the events being described are contained in a sea of white. By the very nature of the presentation the gestures and relationships are isolated and distilled.
The current body of work builds upon a process of art making that I have been refining for several years. I refer to the work as paper paintings rather than as collage. I see each piece of paper as a brushstroke rather than as a juxtaposed idea. Each brushstroke is selected for it's color, value and texture, rather than it's imagery.
All imagery for the show available at http://www.elbow-toe.com
Posted by ELBOW-TOE at 9:27 PM 1 comment:

I am extremely pleased to announce that I am being represented in New York by Andrew Edlin Gallery.
Posted by ELBOW-TOE at 8:13 PM No comments: 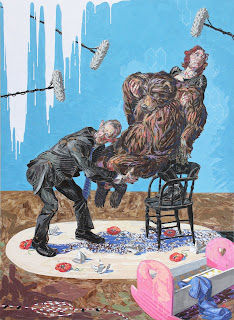 Perry Rubenstein Gallery is pleased to announce SHRED, curated by Carlo McCormick, senior editor of Paper magazine, opening on Thursday, July 1st from 6:00-8:00pm and on view through Friday, August 27th, 2010. A small catalogue brochure with an essay by McCormick will accompany the exhibition.

SHRED will feature collage-based works from a diverse group of artists, some who have pioneered collage as fine art and others who are expanding upon the subversive flavor inherent to the medium. Featured are works in myriad media—from simple collages of newsprint on paper to lively video animations made from cutout paper silhouettes.

The exhibition will include historic works by Robert Rauschenberg (1925-2008); Bruce Conner (1933-2008); a prominent member of the Beat community recognized for his innovative assemblages; California-native, Jess (1923 – 2004) whose oeuvre includes collages based on alchemy, religion and comic strips; Dash Snow (1981-2009) whose work on paper appears deceptively simple; Gee Vaucher whose surrealist tendencies are tied to punk; and Jack Walls whose self-portraits incorporate photographic imagery taken by his long-time partner Robert Mapplethorpe.

PRG is thrilled to welcome Carlo McCormick as guest curator for this extraordinary summer exhibition. McCormick is a prominent New York City-based author, curator, critic and champion of the downtown art scene. He has authored numerous books, monographs and catalogues on contemporary art and culture, including The Downtown Book: The New York Art Scene 1974-1984 published by Princeton University Press which he coauthored. He has lectured and taught extensively at universities and colleges around the United States. His writing has appeared in Aperture, Art in America, Art News, Artforum, Camera Austria, High Times, Spin, Tokion, Vice and countless other magazines. He has curated exhibitions for the Bronx Museum of Art, New York University, the Queens Museum of Art and the Woodstock Center for Photography.

41st Parallel - From The Eternal City That Never Sleeps

On Wednesday April 28th from 7-10pm, Wooster Collective and Drago will present a hot and heavy round table discussion and Q&A session to explore the current happenings in today’s art movement with nine of the top names from the streets of New York: Chris Stain, Elbow-Toe, Ivory Serra, Logan Hicks, Pax Paloscia, Swoon, WK Interact, as well as Drago Publisher Paulo von Vacano and Wooster Collective’s Marc and Sara Schiller at their super chic venue Meet at the Apartment in SoHo.


All books from the artists present and a selection of other Drago publications like Ed Templeton’s Golden Age of Neglect, Nick Walker’s, A Sequence of Events, Aaron Rose’s Young Sleek and Full of Hell, and Estevan Oriol’s LA Woman will be on sale and available at special 25% discount exclusively for this awesome evening.
The contemporary art publishing house known as Drago acts as a rhizome into the international mindset that is fueled by the ideas and values of the current generation.


As a cultural symposium, Drago creates and presents forums for exchange through various pathways by remixing pop culture and undiscovered trends; those pathways include, not only the publication of art books, but hosting events, sponsoring art projects and collaborations, curating exhibitions, executing press and communication strategies, trend scouting, and promotion via the Drago blog (www.dragolab.com). It is from these creative platforms that Drago contributes to the growth and expansion of the alternative re-evolution that began on the street and over the Internet. Drago represents the mainstream of minorities, where under is over and over is under.


From their home base in Rome, Italy, Drago found a parallel group in New York who maintain the same groin-yearning ardor for art, culture, and the urban experience. Due to the two groups’ equally energetic and eternal lust for participation in and promotion of the arts, Drago sought to collaborate with Wooster Collective and bring some of the great names off the street and in for some page turning, but more for the drinking and debating.


Marc and Sara Schiller founded the Wooster Collective in 2001. Their mission is to discover and document authentic art experiences via salons, publishing, gallery shows, and their website (www.woostercollective.com). Their site is dedicated
to showcasing and celebrating ephemeral art placed on streets in cities around the world.
Posted by ELBOW-TOE at 7:52 AM No comments: 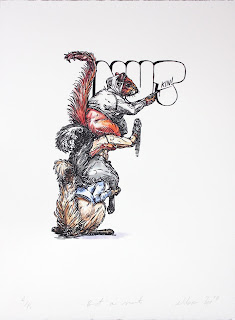 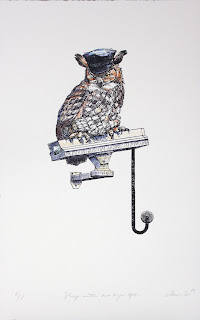 To celebrate the release of the new book "Street Art New York" and to benefit the programs of Free Arts NYC, original artworks by a stellar array of today's Street Artists from New York and beyond will be featured in a silent auction to take place on April 24, 2010, from 7 pm to 9:30 pm at Factory Fresh Gallery in Bushwick, Brooklyn.

The Benefit and the Artists

The Benefit, to be held at one of New York's epicenters for the thriving new Street Art scene, Factory Fresh Gallery, will feature an incredibly strong selection of today's Street Artists joining together for one night as a community to benefit NYC kids from disadvantaged backgrounds as the numbers of poor and low-income children in New York continues to rise. Representing a renaissance in modern urban art at the dawn of a new decade, this will very likely be the largest collection of 2010's street artists in one location.


Marina Abramović and Ulay, Rest Energy
The tension in this piece is absolutely amazing. Even if it is dated there is a primal quality that seems completely fresh. It would be interesting to accomplish this kind of energy with a medium that is not an actual document of a process.
Posted by ELBOW-TOE at 9:03 PM No comments: